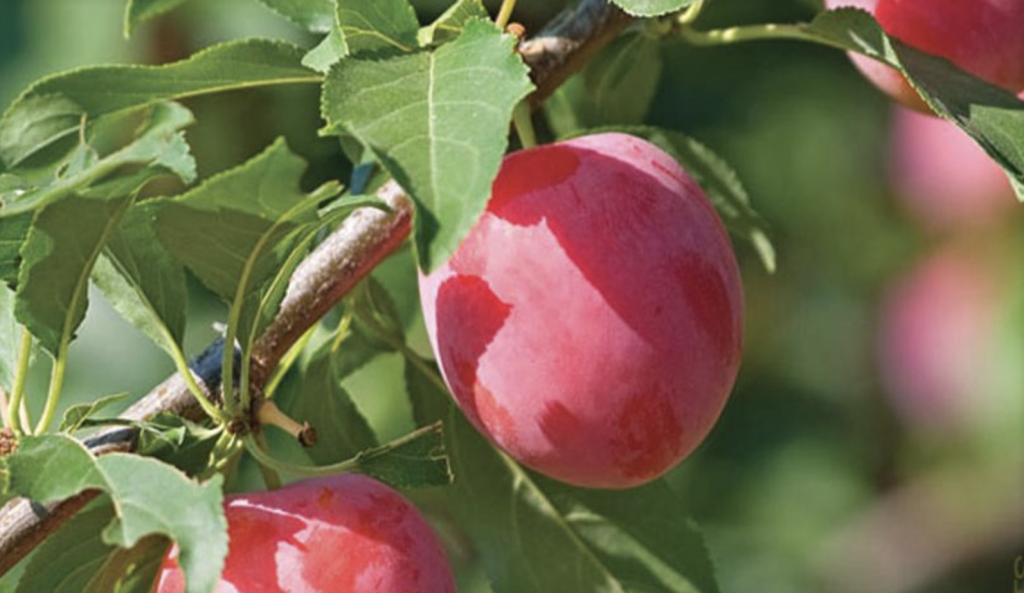 Also known as wild plum, this prolific dainty can produce from 100 – 150 pounds of fruit per year! And it just might be the most cold hardy, PH tolerant of all the food-worthy plum tree species. And yes, they’re even eligible for making prunes… or Christmas plum pudding… or any other plum recipe, for that matter.

Sometimes called wild plum, the American plum attracts birds, and has very showy white blossoms in the early spring. They are sometimes used as rootstocks for more domestic species’ of plum. Their short lives are made up for in their tendency to spread by root sprouts—thus they could be an effective trail-blazer species for establishing a food forest.

For any of you food foresters interested in having a Christmas garden, the American plum is tolerant of black walnut and part shade, so the two can grow somewhat close together, as long as there is enough room for the plum to get a little sun each day.

It’s fruits are smaller than many plums, about 1 inch wide, but they make up for it in the sheer quantity of fruits on the mature tree.

The American plum fruit is succulent, juicy, sweet, and tart, with a thick skin, and is eaten fresh, cooked, or dried. Cooked seems to be the favorite of most American plum growers. It’s thick skin does qualify it for drying to make prunes.xv They are best known for making good jams, jellies, and fruit leather,xvi but can be used in any recipe calling for plums. Just keep in mind the size difference, so you increase the requested quantity by 50-100% (Example: where the recipe calls for 20 plums, you may want to use 30 or 40). If the ingredients are listed by volume or weight, this won’t be necessary. Foods that could use American plums include: Christmas plum pudding, plum cobbler, spiced plum custard cake, Asian plum sauce, plum chutney, plum muffins, plum barbecue sauce, plum chicken, plum ice-cream, and any other plum recipe.xvii

Watch out when you harvest, because unlike other plum species, American plums have thorns!